In Florida, St. Petersburg is one of the most eclectic cities we have. From a raging arts scene to professional sports, beautiful beaches to a rich history, there’s much to love about St. Petersburg. Dominating a smaller peninsula on the west coast of Florida, St. Petersburg is an effort to find and worth every second of discovery. While this treasure of a town is tucked just off the main path, it bustles and thrives in its own way. That’s why Permacast Precast Concrete Fencing & Walls is happy to be part of this community. Boasting more sunny days than any other city in Florida, St. Petersburg is full of reasons to build, restore, maintain and secure the infrastructure that makes it great. 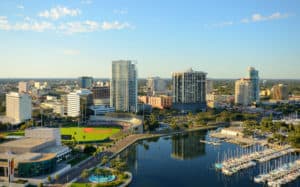 Like many other cities in Florida, St. Petersburg has some amazing beaches along the Gulf coast. But there’s so much more to this town than beautiful vacation spots (though if that’s your goal, it’s totally worth it!). The city features numerous parks, nature preserves and even a Seaside Bird Sanctuary, right on the beach! There are so many great ways to get outdoors in St. Pete aside from the beaches; you’ll find it difficult to stay inside. Permacast loves supporting parks, preserves and other outdoor excursion areas with our precast concrete fences and walls that are safe from wildlife and weathering. 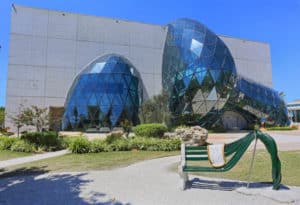 While the Salvador Dali Museum might be the museum that puts St. Pete on the map in the art world, there is actually a huge variety of museums, galleries, theatres and other artistic pursuits found throughout St. Petersburg. The Museum of Fine Arts and The Florida Holocaust Museum grace the Spanish-style downtown area, while Great Explorations, a fantastic hands-on children’s museum, keeps kids busy in the midtown area. The Mahaffey Theater and The Palladium are known for their theatrical performances and symphonies, while Jannus Landing is one of the most sought-after concert venues around. Boutique art galleries and haunted used bookstores like Haslam’s abound for those looking for something a little extraordinary. 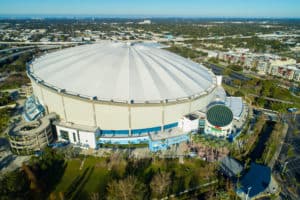 Many factors brought developers and industrialists to this sun-filled city, but a few actually stayed and planted roots. The construction of bridges across the bay and railroads during the late 19th century led to a population boom. The decision to develop a major league baseball team took some time to bring to fruition. Finally, the Tampa Bay Rays found their home at Tropicana Field in St. Petersburg, where locals and visitors alike enjoy a great summer baseball game, rain or shine. Other teams like the Philadelphia Phillies and Toronto Blue Jays train in St. Petersburg and the surrounding area in springtime. Noted as a prime retirement destination, St. Petersburg’s population boomed in the latter half of the 20th century as more and more northern residents headed south for the sunshine in retirement. Permacast is happy to surround these residential neighborhoods with precast concrete fences and walls that provide security, aesthetic beauty, and privacy for each community.

The beauty of St. Petersburg and the unique cultural scene found here makes this one place we’re happy to serve. Permacast Precast Concrete Fencing & Walls is proud to serve the St. Petersburg community with high-quality products that are customized to meet your high standards. We are as concerned and invested in your next building project as you are, so talk to us about how we can support your work and make the work you do today last long into the future in St. Petersburg, FL.