Walls have been part of just about every culture throughout history, and with good reason. For centuries, people everywhere have seen the need to defend their communities, cities or entire countries from unwanted intruders. Walls have also been used historically to draw clear lines between opposing peoples. We also know that walls can be used symbolically as a means of memorializing or remember important people and events. Here, the wall experts at Permacast Precast Concrete Fencing & Walls review some of the most famous walls in history. 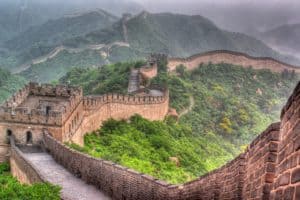 Some of the most famous walls in history were once constructed to protect that which lay within their borders. The Great Wall of China is a primary example of this. Able to be seen from space, this massive structure stretches over 13,000 miles and was built over hundreds of years, beginning in circa 200 BCE, as a defense against invaders from the North. In a similar fashion, Hadrian’s Wall in England was designed to keep out the Scots, representing the northern border of the Roman Empire. The Wall of Ston protected Croatia’s valuable salt pans for hundreds of years, though Napolean’s invasion in 1808 put an end to that. Most of these walls are no longer needed as a means of protection and serve today as excellent tourist attractions to remind us of each region’s historic legacy. 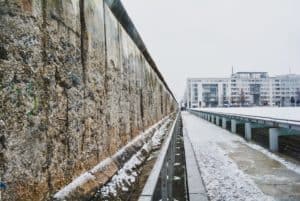 Some walls are meant to be a clear dividing line between nations, cities or people groups. The Berlin Wall, which was eventually torn down in 1989 by local residents, was originally built to keep East Berlin under Soviet rule and West Berlin’s capitalism at bay. Similarly, the Peace Walls in Northern Ireland were put in place to maintain separation between Catholics and Protestants during seasons of unrest. As emotional dissent simmers, local governments have plans to remove these walls in the coming years. 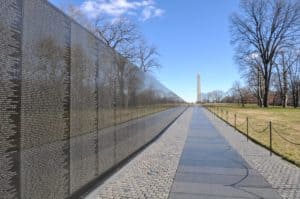 Some walls are built without intent to defend, protect or divide, but rather as a fixed location for a memorial. The Vietnam Veterans Wall in Washington, D.C. features the names of every individual who died defending the United States in the Vietnam War. Visitors to this site can search for their loved one’s name among those listed. The silence surrounding the area creates a beautiful, solemn atmosphere for reflection. The Western Wall in Jerusalem is another example of a place for remembering. Part of the original temple of God, Jewish people everywhere make pilgrimages to this spot to pray for the return of the temple to God’s people. It has been affectionately nicknamed the Wailing Wall as visitors have observed visitors crying as they write prayers or poems on small slips of paper and place them in the cracks of the wall. Sometimes walls provide a specific location for mourners and future generations to look back.

Walls have been erected for many reasons throughout history. While the technology behind the construction has changed drastically over thousands of years, their purposes have not altered too much. We still find walls useful in the protection of valuable areas, the defense from unwanted intrusion and as ways to remember important events from history. If your next project requires a wall that will last, talk to the professionals at Permacast Precast Concrete Fencing & Walls. We’ll be happy to discuss your options for a precast concrete fence or wall that will withstand the test of time and be an enduring reminder of what we hold important.

What Ha-Ha Walls Are and How They Work