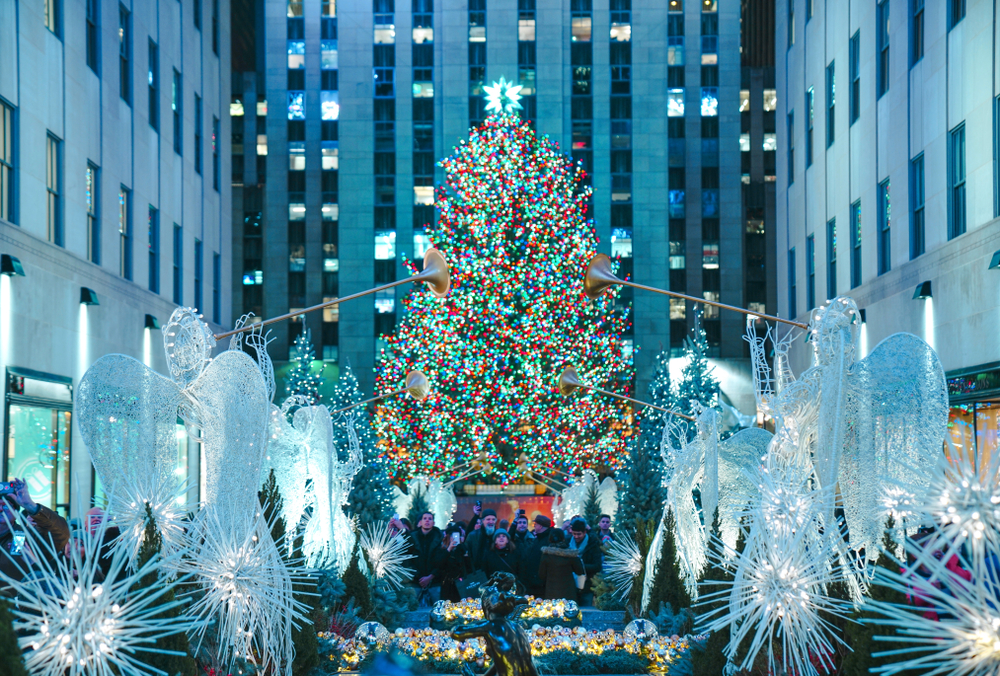 Today, community Christmas trees are par for the course. You’ll find them in shopping plazas and malls, at schools, churches, and neighborhoods. But who was the first to officially liberate the tree from the living room and into the public sphere?

New York City, of course. In 1912, the very first public Christmas tree in the U.S. was put up in Madison Square Park (just a little over a mile from Rockefeller Center, where the city now erects its famous tree every year). The pine was enormous and hung with lights, though these were electric, unlike the ones Martin Luther added to the tree in his home in the 16th century. Then, it was lit candles, an amazing sight for sure, but not one we’d recommend today. Though NYC’s tree may have been the first of its kind (and heralded by what amounted to a holiday street party, no less), German immigrants had been displaying trees in their Pennsylvania communities for more than a century before.

New York referred to its glorious evergreen as the “Tree of Light,” and it was, astonishingly so. Around 2,300 electric lights were used to illuminate its branches, which weren’t turned on until about 5 p.m. Christmas Eve night to a crowd of revelers 25,000 deep. The next year, other cities followed suit, including Chicago, Detroit, Baltimore, and, in 1916, Williamsburg, Virginia, which unveiled its own tree in Palace Garden for a Christmas night celebration. It wasn’t until 1931 that the NYC community tree found its forever home in Rockefeller Center, where thousands flock to admire its towering scale and glittering lights every year.

All About The Precast Show 2019