Precast concrete is more than an efficient and durable building solution, it’s an artistic medium. Time and again, architects and artists have turned to concrete to create some of their most significant structures, with precast playing a large part in those creations. This week, Permacast looks at two iconic buildings that showcase more than just the material’s enduring strength.

One of the most famous buildings of all time was devised by Jørn Utzon, a Danish architect whose design won him the right to do so in 1957. It wasn’t complete until 1973, debuting its “billowing sails” on the Sydney skyline. It took Utzon’s team four years just to figure out a way to build those distinctive sails, but they ultimately settled on a complex system of precast elements. The group essentially refined the mold process so integral to precast, creating a set of ribs that could provide the foundation for the arching shells, which were built on top of pedestals. Only one piece of the roof was cast in place; the rest? Precast. This Modern Expressionist design is now a UNESCO World Heritage Site and remains one of the most recognizable structures in the world. 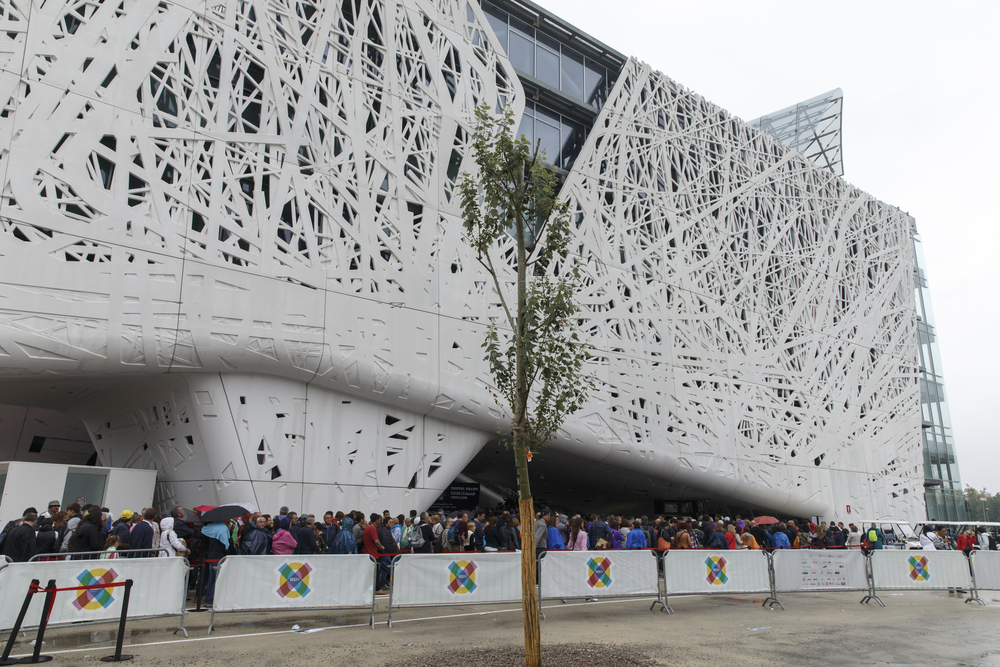 The intricate paper-like exterior of this intriguing building is yet another stunning example of what precast can do. As the only permanent structure from Italy’s 2015 World Expo, the Palazzo is 35 meters high and its exterior made of 700 precast panels. You might not expect concrete to appear so delicate or to work well as a layered architectural element, but this building proves the opposite. The concrete itself is suited to this kind of intricate effect, and it  includes within it a photocatalytic compound that, when activated by UV light, helps break down pollutants. Basically, this precast concrete structure can clean itself.

The Art of Precast Concrete