Tucked away near the Outer Banks of North Carolina is a community rich in history, culture, and local color. Columbia, NC, boasts a quaint, quiet existence dating back to the settlement days of the 1700s.  Surrounded by water on three sides, the Tyrrell County region is known for its hospitable tourism and a coveted waterfront position. Permacast Precast Concrete Fencing & Walls is proud to be part of this community and bring our knowledge, expertise, and top-notch products to such a beautiful area.

With the Scuppernong River to the west, the Alligator River to the east, and Albemarle Sound to the north, the Albemarle-Pamlico Peninsula, where Columbia is located, is a maze of estuary systems in the region known as the Inner Banks. More inland than the well-known Outer Banks, the abundance of water and waterways has played a large role in Columbia’s fishing industry. Trade routes were easily negotiated along the waterways in the early days of North Carolina’s history, as well, bringing goods and people from northern regions to grow crops in the rich soils near wetlands and to fish. Much protected wildlife can be found in and among the riverbanks of Columbia, NC.

Originally named Elizabethtown when founded in 1793, Columbia has been the Tyrrell County seat since 1799. Development of the town itself was slow at first, as settlers in Virginia traveled south but often bypassed the Inner Banks peninsula of Albemarle-Pamlico. The area grew after the end of the Civil War thanks to a flourishing lumber industry, and again after WWII as railroads extended their tracks into the area. Today, the town of Columbia is working diligently to preserve and beautify this historic location, with a completed shoreline, wooded area boardwalks, and a quaint downtown streetscape. The pride Columbia shows in its history and landscape is just one of the reasons Permacast is eager to join our forces with this area. 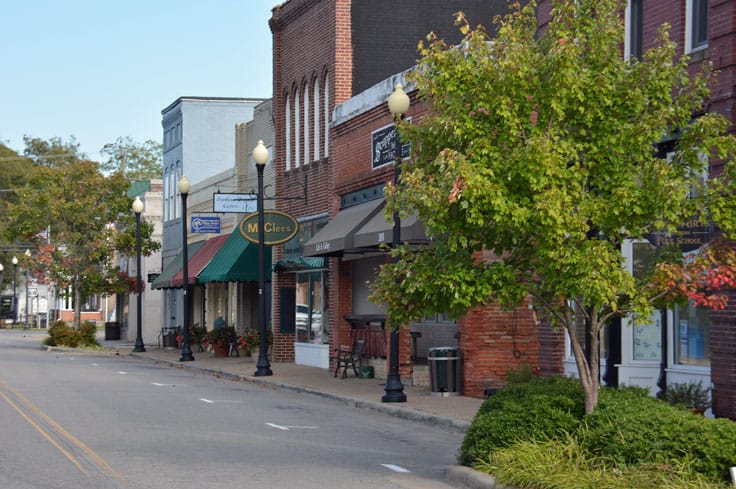 Besides being listed on the National Register of Historic Places, Columbia boasts a cultural resource center in its historic Columbia Theater, recently adding the Walter B. Jones Interpretive Center. The largest visitor center east of Raleigh is located in Columbia, and the downtown buildings have undergone restoration processes to house new businesses for the community. IBX Arts, a not-for-profit organization with the mission of promoting Independent Artists of North Carolina’s Inner Banks, is also found in Columbia.

A town worth preserving like Columbia, NC, is worth preserving correctly. At Permacast Precast Concrete Fencing & Walls, we believe we can take these restorative measures to a new level with our enduring, cost-effective products and services. If you’re planning a building or restoration project in the Columbia area soon, talk to us about your plans and see if we can help. We think we’ll make a great fit!

In beautiful, idyllic cities like Charlotte, North Carolina, it often seems like there’s not much improvement needed. Gorgeous scenic neighborhoods, perfectly mild weather and thriving industries and business make this the best place to live for many Americans. So when Permacast Precast Concrete Fencing & Walls began expanding our business from Florida and Texas all the way to North Carolina, we didn’t look for ways to improve the area- just ways our services and products could enhance what’s already amazing about Charlotte.