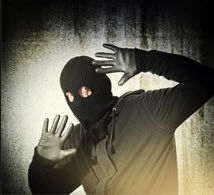 The Best Ways to Protect Your Gated Community

Security is the reason why most people move to the suburbs, where there are many gated communities to choose from. For many people, especially those with kids and or who would like to have kids, this is the priority they can’t do away with. That’s why it’s important to keep the promise of securing gated communities as much possible.

Security is Essential to Gated Communities

Not only was this the initial promise that got people to buy into gated communities, it’s also responsive to the profile of the people living there. Gated communities are often the haven of starting families, affluent homeowners and seniors living on their own. Keeping the area secure gives these people the peace of mind that any home environment should give. To better protect your gated community, here are some security measures you can suggest.

From the term itself – gated communities, adding a physical barrier that would make it difficult to quickly penetrate a particular area is a no brainer. Not only does it concentrate the traffic coming in and out of the village to the main points of entry, it also increases the risk of going through other points of the gated area. It’s too visible and time-consuming climbing over a fence, especially the concrete precast fencing commonly used in gated communities. It’s easier for you to look like perpetrator trying to break in and get caught.

Lighting up your gates, fences and unfrequented areas at night – such as parks and pools – will lower the risk or perpetrators breaking in or staying in that vicinity. It makes them easier to spot and even identify. Even just the idea of having a well-lit fence and streets already puts a perpetrator off because of the fear of being caught. It’s an effective deterrent.

Nothing beats a watchful eye, and for gated communities, they can come in two forms: security guards and a video system. Guards do multiple tasks – from checking the cars and foot traffic that go in and out of the community to responding to proactively to threats. That’s why most gated communities invest in hiring a reliable group of people who can do daily rounds and give first-hand protection to each home in that area.

To help them do their job better, installing an efficient video system – with strategically placed cameras – will ensure that you can keep an eye on the whole expanse of the community. It also allows guards to check previously recorded days in case of break-ins or other suspicious events.

Precast Concrete is the Affordable Choice

What Type of Fence Should You Install on Your Property?

Next post
What Type of Fence Should You Install on Your Property?